However, I see that the First Officer is still missing.  Given Aeroflot's record, over the years, this time he was probably passed out in the washroom.

Great Northern rail cars used to be quite common in this neck of the woods.  Hmm...  I just really dated myself, didn't I?

Peter, you are the champion!  Very well done!

Herman, this time you got me!  My best guess is Caribbean or South America, because Air France serves both.  Beyond that, I have no idea.

"dang you guys are cleverrrr... I'll have to make it more difficult in future."

You can't beat the detective team of  me and Mark

... I googled 'Jetblue routes'... Boston, New York (they seem to fly to/from them a lot)... seemed most likely so google earth and the terrain matched for Boston... the other end of the flight might have taken a lot longer to find ...

Yup.  Peter and I are good.

My process was a bit different from Peter's.  I know that Jet Blue is a US carrier, with lots of flights on the US east coast.  That narrowed it down.  In Google Earth, the terrain didn't match New York or the SE US.  Boston, however, was a perfect match.  As Peter suggested, the other end of the flight might have been much harder to figure out.

Just for fun... let's have a little quiz!  Where do you think this is? 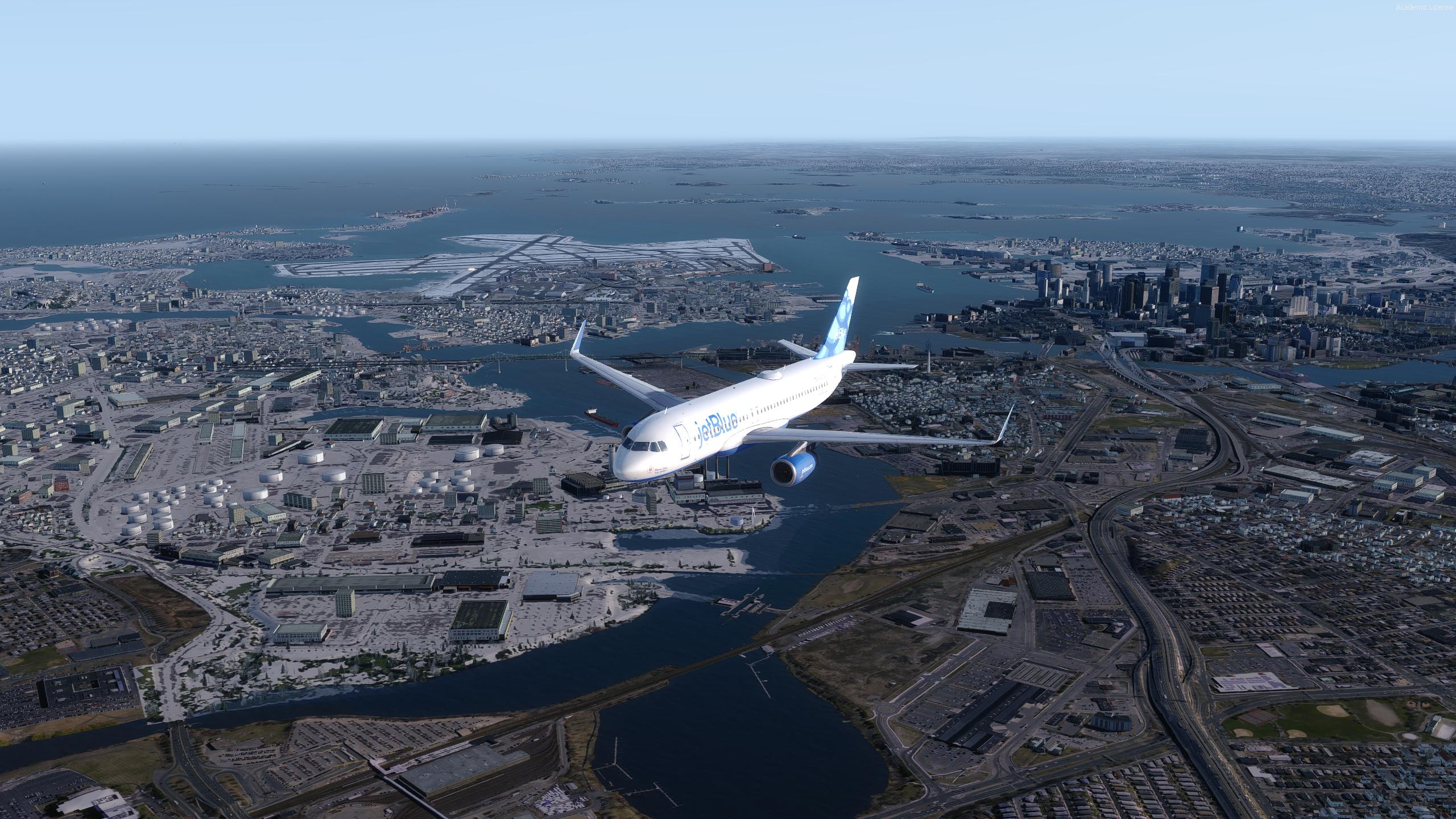 Here's hoping that you and your family have a wonderful Xmas and all of the best for 2021.

Another great flight, Herman.  Many thanks.

You were wondering where your co-pilot was?  Would the correct answer be:  cowering in the washroom?

Any country without an extradition treaty?

My smart-a** comment aside, does the Trump organization still own that?  Belay that question.  I just found the answer:

Warning - Just don't look at the price tag for this cockpit setup!

Too late!  I don't think that I'll be adding that to my Xmas wish list.

Speaking only for myself, I don't mind your posts at all.  As a bit of an aviation/space junkie, I enjoy reading them.  I'm seriously blown away by the quality of the graphics.  After looking at your above list, I can understand why.

Congratulations on completing the journey, Herman.  But it looks like you parked in the middle of nowhere.  Where's the terminal?

Oh dear, Herman!  Did you crash and burn?